Existing client, Clive Court, AKA The Fun-Da-Mentalist, a Toronto based magician and mentalist came to us with a new project: Create a website to celebrate the 50th anniversary of the New Zealand Television Workshop, one of the world's first public access groups when it was launched in 1963 by Clive and fellow pioneer, Harry Sharp.

With a tight deadline of just a couple of weeks until a press release was due to be sent out,  we set to work on the design concept for which we wanted to create the look and feel of 60's era television sets.  Once the design was finalised, the site came together quickly and with days to spare the site was launched along with branded Facebook and Twitter accounts. 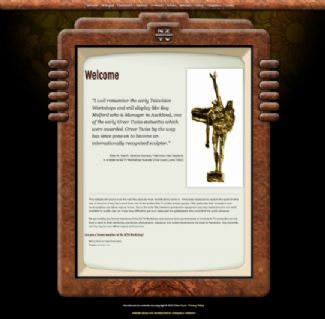